Hear To House You

Toronto born, and proud “Rexdale-ian”, Dave Rankin, took the chance of his life in 2017; by deciding to start his second career doing something he has always had a true passion for, spinning music.  “I’ve always had a secret love for House Music growing up,” says Dave Rankin. “I mean, growing up I spun Hip-Hop, RnB, & Reggae. But House, there’s something about it that does it for me; especially, Soulful & Afro House.”

Reserved and intellectual, this well loved teacher has begun to make his name known on the Afro/Soulful House scene in Canada.  Within months of making this decision, Rankin found himself on the beautiful island of Bermuda, where he spun alongside Toronto House Legend, Tricky Moreira. The event even garnered so much attention that it was featured in the Bermuda Royal Gazette, Bermuda’s oldest newspaper.  His show, HEAR 2 HOUSE YOU has placed on Mixcloud’s top 100 Vocal and Soulful House Charts on numerous occasions.

“With my focus now shifting to spinning primarily African House Music, HEAR 2 HOUSE YOU has risen to another level.” This “another level” has enabled Rankin to be a featured DJ for the bi-monthly Afro Haus event hosted by Sarah Jane Riegler and as well as the upcoming Ubuntu Spring Series created by The Brain Freeze Project.  Each week he dedicates his time to master his craft and it reflects in his mixes. Rankin has already decided that if he is going to do this, he is going to do it right. 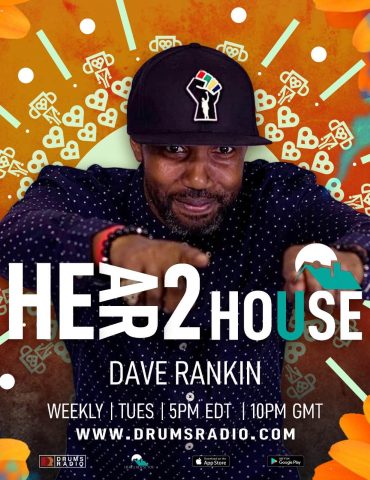 Hear To House You charts