Deejay B-Town is one half of the Basetown Deejays team and a producer. He started producing tracks with fellow DJ /producer Dj Cecil for Kenyan hip hop acts such as Ukoo Flani (Burn Dem, Hip Hop Halisi), Kayvo K-Force (Nare Mixtape), Stranger, Cannibal, K9 and also participated in remix contests such as Fortilive – The I Vs. I Remix LP (2009).
In 2006, he took a lot of interest in deejay having to sell his mixtapes to minibuses, bars & to clients who showed interest in his work. His main genres of mixing are Hip Hop, Old School, Soul, Reggae, Dancehall, Electro House, Underground Hip Hop & Afro House.

His love for Afro House music (Afro/Kwaito House/Tribal/Tech) started in 2009 and he has crafted the art of his music selection on his mixtape releases thus making them something worth listening too. He also feels that afro house is the genre that people have ignored thus creating a void that needs to be filled as soon as possible. He claims with the rise of Afro House in Kenya, he will want to be a legend on this genre and leave a remarkable touch to the music industry.  He has been featured on some popular Kenyan radio stations such as Hot96 and 98.4 Capital FM as a guest DJ, as well as having to clock his own show on Homeboyz Radio 103.5FM from mid 2015 to 2017 themed “Afro House Sessions” that aired from1500-1700hrs(EAT).  Deejay B-Town is a part-time DJ/Graphic Designer/Web Designer/Event Planner and a real hustler as he describes himself to be. 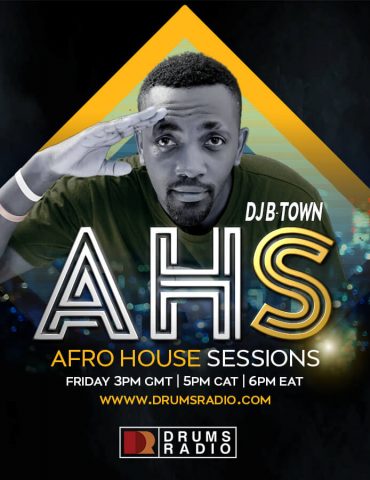