Raised on a diet of American Soul classics, Hanna Haïs has been singing and writing songs since her childhood. In 2005 Hanna Haïs released her first album Rosanova. The single ‘Rosa Nova’ was picked up by Defected and her follow-up single ‘Jazz Samba’ went straight to #1 on Traxsource. Following ‘Rosa Nova’, Defected released another single ‘Ta Reine’. In 2009 Hanna Haïs released her second album Love Paradise. Here Hanna explored new territories while still pleasing her fan base with House music that is both deep and sensual. In 2011 she did a huge tour in Latin America, an end of year tour in Asia and she released 5 singles: ‘Ka Donké’, ‘Kimayo’, ‘Viva La Diva’, ‘Le Déclic’, ‘Édouard’. In 2012, she released 4 singles. In June 2015 Hanna Haïs released her third album named 2071 in reference to a year that will come almost six decades from now. The album is her vision of the world as she imagines it will be.

It is a world that is in places frightening and despoiled and where relationships between men and women remain complicated. But it is also a world where romance is still present and where all cultures engage in a continuous dialogue. January 2019 saw the release of a mini album Trilogy followed by the release of 3 singles ‘Ya Weldi’, ‘DTR’ and ‘Mwala Wei’ka’ which got remixed by Enoo Napa and got massive support from support by Black Coffee, Louie Vega, Da Capo, Âme… and got included in a Fabric Compilation. The beginning of 2019 saw the release of a remix of ‘Ya Weldi’ which got supported by Loco Dice, Chez Damier, Hector Romero… She then released 3 singles before the summer: ‘Unicity’, ‘Safari (Mind Trip)’ and ‘Waloy’ with female vocalist Diama Ndiaye Ndiaye from Senegal. ‘Waloy’ is a massive track for Hanna Haïs, getting plays from the Whoswho of House music: Black Coffee, Âme, Roger Sanchez, Joseph Capriati, Hector Romero, Enoo Napa, Sobek, Robert Owens… Hanna Haïs is currently spending the summer in Ibiza working on new tracks. Since 2007 Hanna Haïs has been DJing professionally, touring the entire world, delivering her own style of House music strongly influenced by the new sounds coming from South Africa and singing her own tunes to her devoted fans. Hanna Haïs is always ready to push new boundaries. 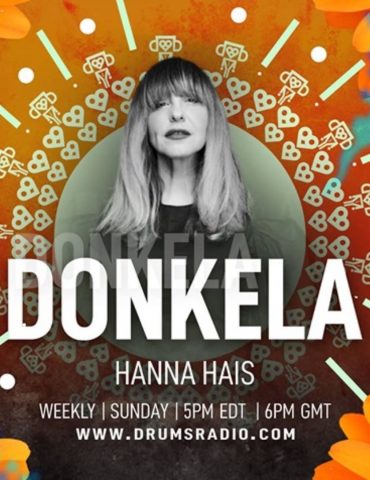