After 6 consecutive years as an executive producer, editor and host of LIVE radio show called ˝AFTERDARK house with kLEMENZ˝ on London based Fm station Soundwave Radio, he decided to follow his afro house passion and joined the awesome dj rooster under the cover of the world’s main afro house station Drums Radio (www.drumsradio.com) with his LIVE show named “AFREEKA with kLEMENZ” scheduled on Mondays 16:00 GMT (17:00 CET).

The man says about himself: “Ever since I’ve first heard an underground tune in 90`s on House FM radio, played by one of first (if not the first) HOUSE DJ in Slovenia BORU TI,I fell in love in those rhythms and sounds. That’s why I started to put tracks together to present music with soul closer to people, to arouse same feelings and joy, that I feel playing those tracks. There is no better feeling in a world then be connected with crowd and feel that same special moment together!”

Dejan set the bar higher taking his ‘kLEMENZ’ branding to the live stage. Clever combinations of his electronic rhythms, complemented with instrumental and vocal inserts add a new and exciting dimension to kLEMENZ’s already impressive performance.

kLEMENZ has played in the majority of the established clubs across Slovenia with his residency in Austrian “posh” LUX Night club in Villach, he emerged on international scene and has also been booked as far away as South Africa with several tour dates across the country from Pretoria, Johannesburg  to Durban.

When asked of his motivation behind performing kLEMENZ said: “Ever since I first heard an underground house tune in 90`s played by one of the first (if not the first) house DJ in Slovenia – BORU TI, I fell in love with those rhythms and sounds. That’s why I began my DJ journey in the late 90’s. I had a simple mixer, two tape recorders, and a basic PA system playing large private parties. Just to be able to present my music to people in a way that made them connect right through to their soul was the best feeling in the world!  There is no better feeling in a world than that connection, to be able to FEEL that same special moment together is simply magical!!!”

kLEMENZ has been co-promoting a successful brand and underground event “zYpper” throughout Slovenia, which has gained a loyal and trusting following wherever they go. In 2018 he got involved also in a project “OG – Oldies Goldies” in club Mansion -Celje (Si)”.

kLEMENZ is currently waiting for release of a track “KEVO” produced in collaboration with NXOMS – a dj and producer from Botswana after a recent release of “Ukukhanya” in collaboration with South Africa team La Snow, Scarface and Letuna on Letuna Entertainment which is a big success in South Africa especially after releasing a video for the track. Apart producing and spending all free time in studio, kLEMENZ is preparing a launch of his own record label called after his daughter “SOFIE RECORDS”, and he is compiling a compilation with South Africa’s internationally established label Gruv Manics Digital. Invitation came at right time, when all those years of global networking with prominent djs & producers will bring forth the fruits on this worldwide project, connecting top African producers with Europe’s, USA & Asia’s finest 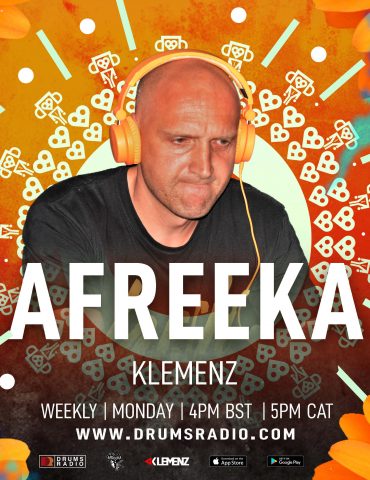