When Enough is Enough Create Your Own 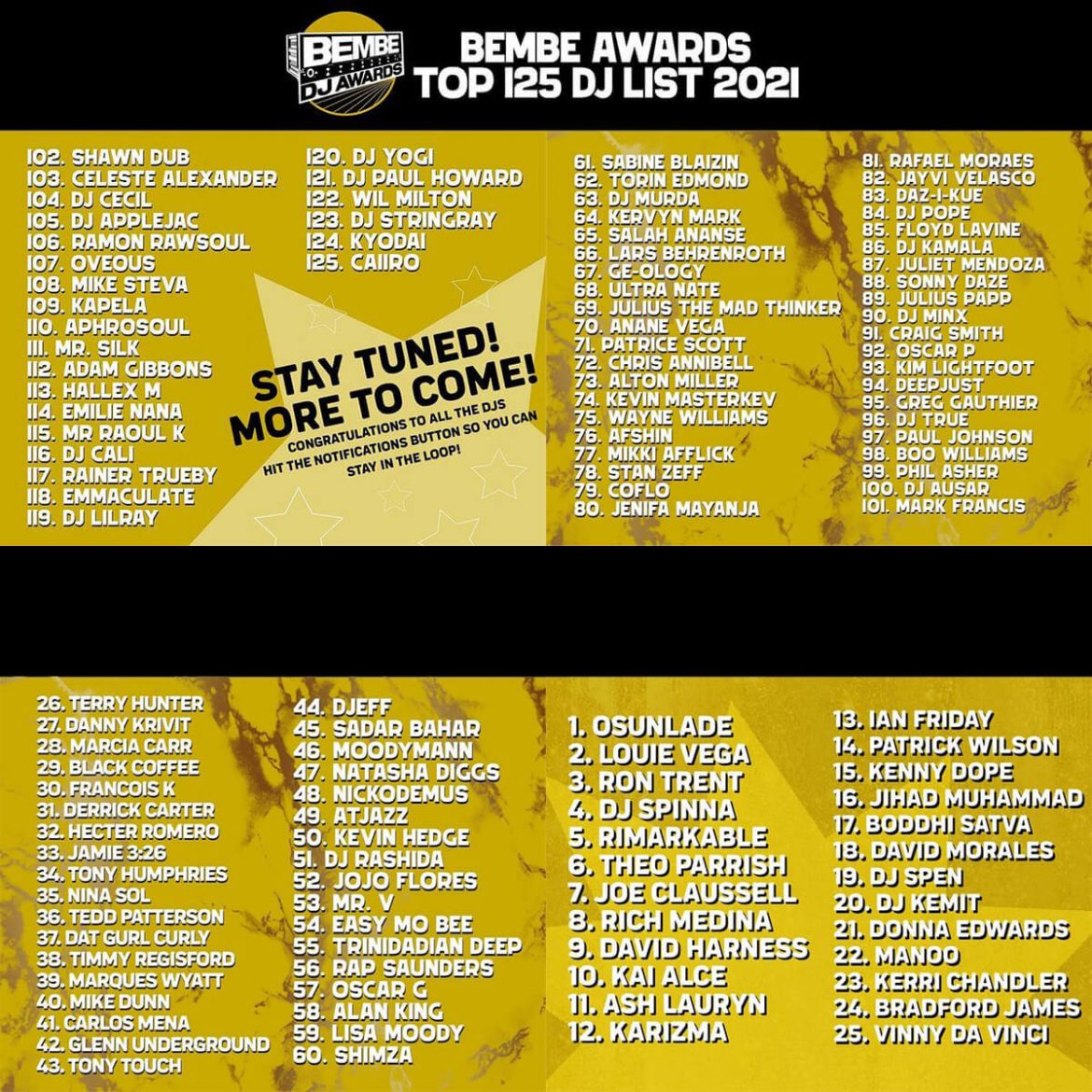 There’s nothing like doing it for yourself!!  When the electronic music industry failed to honour the DJs who fill dance floors across the globe, with the sounds of deep soulful afrohouse, in their predictable yearly DJ rankings, Ocha Records head Carlos Mena and his team said enough is enough.

Named after Carlos’ legendary party Bembe, a celebration of Afro-Latin music and dance, the Bembe DJ Awards was born.   With categories such as song of the year, streamer of the year and DJ of the year, the awards recognised, many of your faves and paid tribute to the DJs that helped many of us to maintain our sanity throughout the pandemic.

The image above is the top 125, as chosen by a panel of industry insiders and fans and includes some of our favourites.

South Africa’s Patrick Dumisani Mthimunye aka Caiiro, who has been wowing audiences from South Africa to Portugal with his DJ sets and growing body of original productions closes out the list at 125.  Caiiro’s latest remix for Vanco’s You Got The Moves has been setting dance floors ablaze internationally since clubs started to reopen.

From the top 25 a few names stand out for standing behind and driving the ‘afrohouse’ sound before it was called ‘afrohouse’, and Osunlade who is considered one of the founding fathers tops the chart at #1. 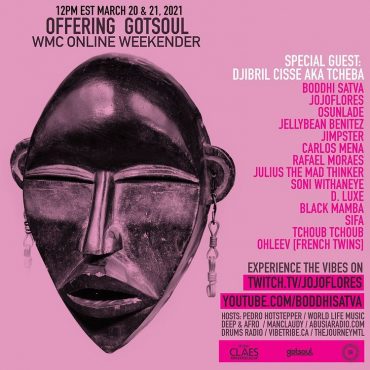 The first online weekender was a resounding success, get ready for #OfferingGotsoul PT2 Since there won’t be a Miami winter music conference. March 20 & 21, 2021 Offering Records and GotSoul curate a massive WMC line up for part 2 of the online Offering Gotsoul weekender. This the WMC edition is stacked full with your favourite dj from around the globe. The live stream will be available on@twitch .tv/jojoflores | […]